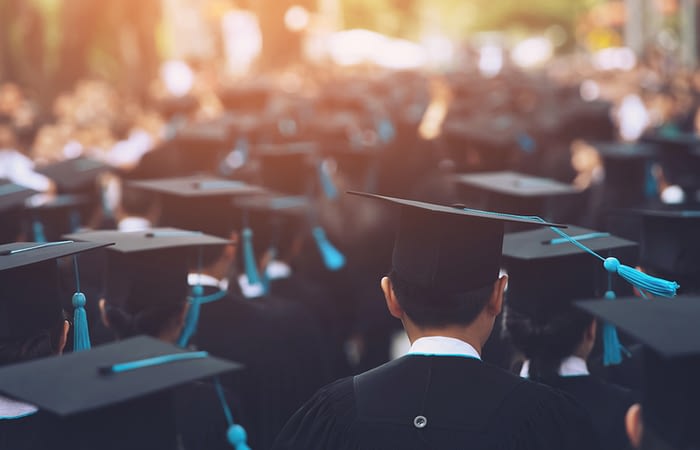 This tweet by Ben Cichy, a former NASA engineer, is still making its rounds today more than a year after he first posted it. While it gives hope to students and graduates, what does it really mean to students and employers?

Is it still important or worthwhile for students to take school seriously? Or is it enough to have a good attitude for career success?

A more important question to consider is: which is more important to employers when selecting graduate candidates – a good attitude or good academic performance?

A graduate’s attitude includes the way he or she thinks and views the world. This will express itself in how well he or she does her work, relates to others, handle pressure, respond to authority and other matters related to work. As an employee, attitude affects not only individual work performance, it can have a big impact on employee morale in the company too.

Having a good attitude will enable graduates to thrive in the workplace. Conversely, poor attitudes will lead them to perform more poorly at work. It can also be a morale buster as employees with poor attitudes can cause others within a company to be demotivated, which can affect their performance.

Some might argue that these points are just perceptions and personal bias, perhaps even due to perceived generation gaps in companies. Is there evidence to support the view of employers who prefer to hire based on a graduate’s attitude rather than based on academic achievements?

In fact, a study by International Islamic University Malaysia revealed that employees CGPA level does not automatically translate into equivalent job performance. The implication was that companies needed to look beyond academic excellence when considering candidates. This is because graduates who could be high-performing candidates may be missing out on employment opportunities if academic achievements were the primary criteria.

In a US study of 20,000 new hires in the US revealed that 46% of them failed within 18 months, and 89% of the time it was because of poor attitudes, such as a lack of coachability, as well as low levels of emotional intelligence, motivation and temperament. Only 11% of failed new hires were due to lack of technical skills required for the job.

The attitude of a graduate not only has an effect on their career when they enter the employment market, it has an impact on their performance even while they are in university.

A study by Universiti Putra Malaysia found that students’ attitudes and motivation was strongly related to academic performance. Having a positive attitude correlated to having better academic achievements. However, the study also found that the environment played a role in the students’ achievement motivation. The study recommended that instructors also focus on helping students make changes in behaviours and attitudes so that they can succeed both in the classroom as well as in the workplace after they graduate.

These studies indicate that hiring for attitude is indeed important for businesses. In the challenging business environment today, employers will be looking to hiring people who will have the right attitudes, in order to build a team that can help businesses remain resilient and sustainable.

As such, it’s in the interest of all parties to support students and graduates in developing the positive attitudes and soft skills that will make them highly employable and have a thriving career.